Every month The Discount Comedy Checkout takes over the stage with their hilarious stand up and improv comedy show, featuring some of the finest stand-up comedians alongside unscripted improvisers.

Seasoned improv performers will be joined on stage alongside a selection of new talent, award-winning and award-nominated acts (and even a few faces from TV and radio!) taking weird and wonderful suggestions from the audience, comedians will create comedy sketches before your very eyes. Please check the dates below for support act announcements.

With more strings to his comedy bow than a funny Robin Hood, Chris Lumb will be your MC for the night. Not only is he a comedy director having award winning films played at festivals such as Raindance, he’s also a keen impressionist who’s appeared on Russell Howard's Good News!

The Discount Comedy Checkout is a local improv group who not only put on their own show every month and others across Leeds, but they also host workshops you can get involved in.

Jan 31st - Opening Act: Joe Kent-Walters - "An alternative act that captivates you from the very start. A hybrid of an early Rik Mayall and Reece Shearsmith" 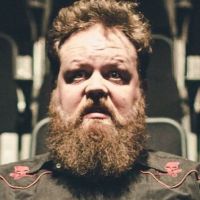 Tom was born funny, literally, he came out with a sugar loaf skull and the cord wrapped round his neck looking like Jabba the Hutt’s right hand man Bib Fortuna (google it). Tom immediately decided that comedy cosplay was not his thing and gave up comedy for 36 years until the bug bit him again. Two years later Tom, now 38, has supported major UK acts around the country and quickly gained a raft of accolades including winning both The Stagefright comedy ‘Crooked smile new act of the year 2015’ and The Bury Met new comedian of the year 2015. He was also a semi-finalist in The Leicester Square Theatre new comedian competition 2015 and in March 2016 won Beat the Frog at Manchester’s famous Frog and Bucket comedy club because he was bored that day.

New kid on the block is Nick Crooks…a typical Yorkshire lad, very down to earth and charming.
Nick uses his personal life stories to create comedy that most people can relate to, giving a hilarious twist to everyday events.
He only started comedy in 2018 for a local charity event and since then has gigged all around Yorkshire and is now spreading his wings further afield to the rest of the UK.
He was the recent Winner of the March 2019 Beat the Gong at Arc Stockton Arts Centre.
Keep your eyes on this one…

Winner of 2019 Harrogate Comedian of the Year 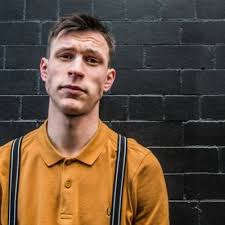 Miserable beyond his years, but with hysterical stories and hilarious real life observations, Chris is Grimsby’s best export since the humble fish finger.
A great up and coming star.