Running Times: 95 minutes plus interval
Age Guidance: Suitable for 12+
Add this event to your calendar
Cancelled

The multi-award-winning New Old Friends are back with another instalment in their hugely popular Crimes… series of comedy thrillers directed by James Farrell, Associate Director of the Olivier award-winning West End hit The 39 Steps. Crimes, Camera, Action whisks the audience to golden-era Hollywood and introduces a new lead detective, a world-weary, hardboiled private eye in the mould of Humphrey Bogart: meet Stan Shakespeare.

The case? A screen starlet is stabbed as a result of a prop mix-up on set, setting in motion a typically fast-paced and hilarious chain of events that sees a cast of four exceptional comic actors tackle a host of madcap characters, the quickest of quick changes, lightning fast word play and a thrilling plot driving the action at breakneck pace. 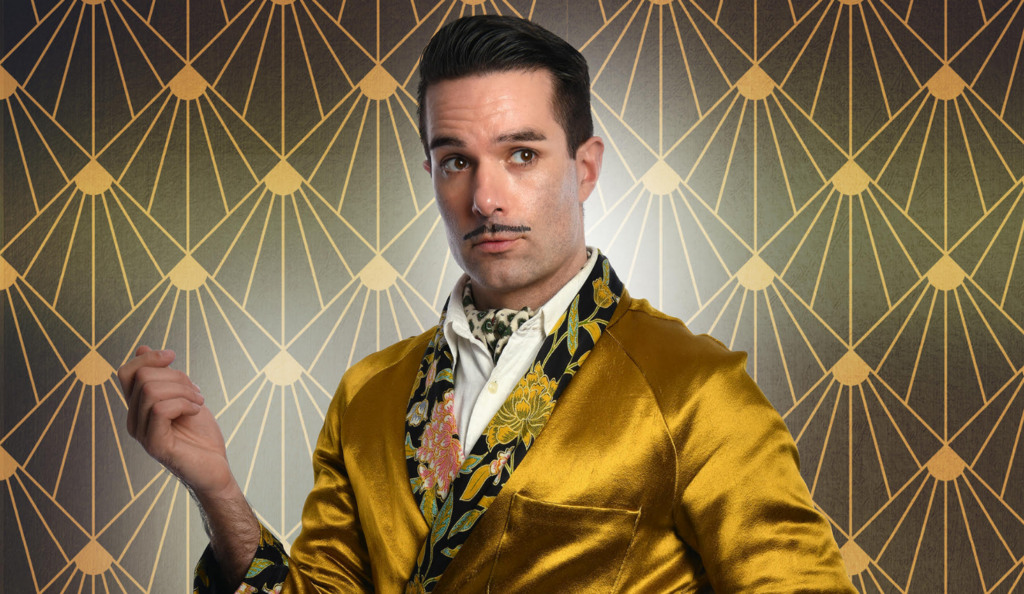 The next instalment in New ...
MoreInfo Book